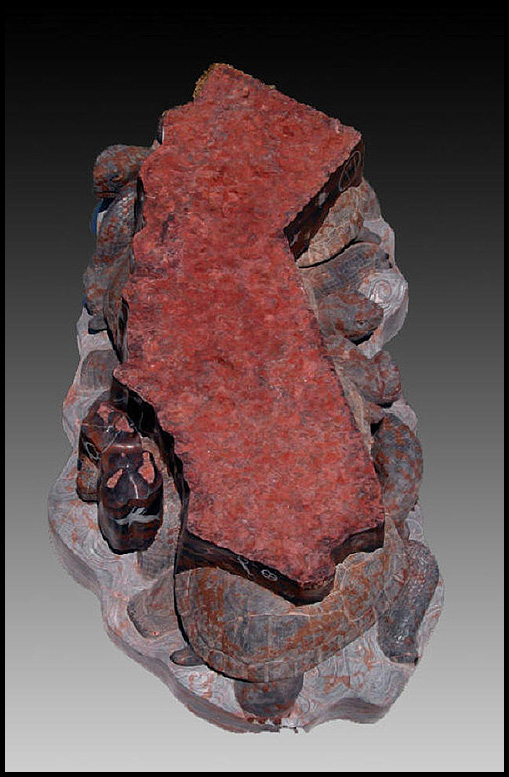 "This is a coastal California Indian Legend of how earthquakes happened. They believed there were giant tortoises underground and the Earth rode on their backs. Every time one moved, the Earth moved.
I carved this piece in about three months. It weighs 1200 lbs and is about 5 feet long. There are petroglyphs on some of the polished parts. It was a fun piece to carve. I had done the study almost ten years before."